I live in a house full of males, in a veritable tsunami of testosterone. Those who are familiar with my blog, know that I have sons. For His own reasons, the dear Lord did not see fit to bestow upon me the gift of daughters and sometimes I can’t help but wonder what life would be like if He had. A whole world of Barbie dolls, pink fairy wings and tulle has passed me by.

Boys are a whole lot of fun. Boys are the gateway to cheeky play, physical nonsense and unrelenting banter. We bond over computers, cars, baseball, soccer, laser tag and we wrestle. I am lucky I have always been something of a tom boy so enjoy all of these types of activities and of course, the bond between mother and son is a rather special one. Male to male bonding is also fascinating to watch. I have observed that the more a male is bonded with another male, the more likely he is to playfully tease said other male. Guys’ currency tends to be mild teasing banter and I can mix it with the best of them. I suppose it’s why I have always had a lot of plutonic male friends. 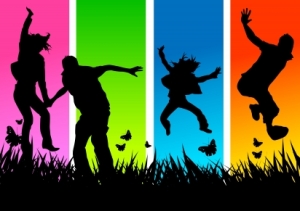 Life in my house can get rather interesting and at times I do feel like it’s three to one. Me thinks there is a slight conspiracy going on around here. Me versus them in a battle of the chromosomes. The battle is the battle of the refill or replenish and the gladiators are merciless. The battle goes something like this:

This battle is all about precision timing and precision measurement. It’s a game of stealth  and strategy. Who knew that the boys possessed the skills of a scientist without the use of scientific instruments? Skills for life, people…skills for life!

The skills learned in the cordial arena are also applied to kitchen paper towel refill and of course to paper refill in the bathroom. The golden rule seems to be NEVER use the last sheet for he who exposes the cardboard roll will be put to unthinkable effort.  Never mind that there are full rolls within easy reaching distance. 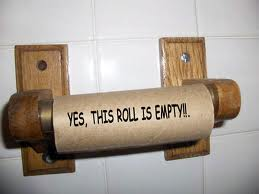 At one point I put up a sign in our kitchen proclaiming “changing the roll will not give you pimples”. It didn’t work.

I’m still changing rolls and making up cordial and have firmly come to the conclusion that the refill/replace gene just does not appear on the XY chromosome. Either that or I have a battle of Darwinian proportions on my hands!

22 thoughts on “X is for XY Chromosome: Missing the Refill/Replace Gene (#atozchallenge)”

Leave a Reply to Life With The Top Down Cancel reply