Well, another week has passed and another Monday is here to phlog.

You will be relieved that I have no deep and meaningful message for you in my photos today. Rather, I thought we’d play a little matching game.

When most non-Australian natives think of Australian wildlife, they probably think of these (hint: these are NOT my photos): 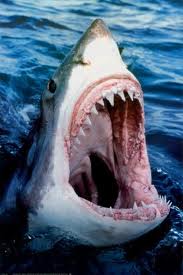 or maybe even these:

It doesn’t help that the foreign press seems to only ever write about Aussie wildlife when someone (usually a foreign tourist) dies. Our most recent shark attack/casualty happened only in the last couple of weeks off the coast of Western Australia, but to most of us Aussies that news is relatively ho-hum. We are not unfeeling or uncaring, but swimming in the ocean to us is like crossing the road. It’s an inherently unsafe activity, but experience and the odds tell us that we are highly unlikely to be shark’s dinner any time soon. Millions of people actually swim in Australian’s oceans every year without so much as a toe nibble or even a suck. As for crocs, well we know to feed them the foreign tourists first. Especially those tourists who wear crocs. And as for the spiders, we have a healthy respect for those, because they actually cohabit in our suburbs.

Despite common belief, Australians don’t don flack jackets and machetes when they venture out should they happen to meet wildlife. Most of us merely shoot the wildlife with cameras. Here’s some of the friendly animal-folk that I encountered over the last couple of weeks. No toe sucking or nibbling was involved… well not by the animals anyway and that’s ALL I’m going to say about that!

I therefore proudly present to you a herd of kangaroos, a team of ducks and a mob of cockatoos.

So, what do you call a group of bloggers?

Is it a flock, a school, a convention, a rhumba or is it murder? Maybe it’s an ascension, implausibility, generation or plump?

All of these are real collective nouns. Who knew?

I’m leaning towards the term “blaggle” to describe a group of bloggers. Not only does it give good alliteration, but twists the old tongue. I’d love to hear any other suggestions you may have.

And whilst you are pondering that let’s see if you can match up the collective nouns in column A to the right animals in column B, consulting Google University if you must. Post your answers in the comments section.  The nearest correct entry or entries will each receive 100 Curtain Credits. If you have read my “Hi There” page you will know that these are pretty much worthless, but think of the glory of being right, people, think of the glory ! Oh, and the judge’s decision will be final.

Winners and Curtain Credit recipients will be announced by Friday 27 July.