April 1st has finally rolled around bringing with it the start of the Blogging from A to Z April Challenge . Good luck to all the participants – whether you’re a first timer and new to blogging like me or a seasoned blogger and Challenge champion. And a big thank you to the A to Z Challenge gods for giving my blog a shout out in their weekly wrap up  last night. It means much.

Living in this time zone, I guess I am one of the first cabs of the rank… so let the alphablogging games begin! 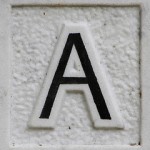 Australia is my homeland and I am an Aussie. Aussies tend to refer to Australia as the lucky country, with good reason. Leaving politics aside, Australia is truly blessed with natural beauty (and beauties), a terrific climate, unique killer wildlife (the beauties aren’t included in that statement) and wonderful freedoms. I am truly grateful to be living here.

If you have ever travelled to a country for the first time, you know that there’s a fine line between fitting in and looking so much at home that you are asked for directions by other tourists! No tourist wants to stand out with a big “T” on their forehead. So here’s my 5 tips on how to do Australia like an Aussie:

1.       Do your tanning on the beach – Australia is blessed with some of the most amazing beaches in the world. Crystal blue waters and soft white sand abound. If you are visiting a coastal city, do your tanning at the beach and not in a mid-city park. The only Aussies who wear a bikini in the park are those visiting a public swimming pool located there and those coming home after a big night on the town, having lost their clothes. Besides, you haven’t really experienced tanning until you have had sand in your cozzie (Aussie word for swimming costume) and crevices.

By contrast, treat the possibility of a crocodile attack seriously. For some reason, they particularly like the taste of European tourists.

4.       Give everything a short, pithy nickname  – Aussies tend to shorten the name of everything and everyone. Any word with more than three syllables is too much to say after a few drinks. For example, ” McDonalds” becomes “Maccas” (you’ll probably really need to know that one after a few drinks), Barbeque becomes “Barby”, “Kimberley” becomes “Kimbo” and “Politicians” become “a waste of space” er… I mean “Pollies”.

5.       Savour all of our amazing food – Australians love to eat Aussie food. We love our  pizza, yiros, pad thai, and donner kebab. Any dish which contains pineapple is considered Australian even if it originated from another country. 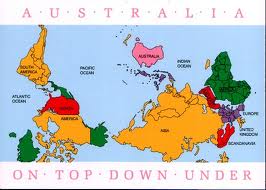 Now that you have had a taste of my homeland I hope you’ll come on down. Follow these tips and you’ll be tourist savvy in no time.

[photo of the letter A from flikr – Leo Reynolds]

23 thoughts on “A is for Australia: Think Aussie with these 5 Tourist Tips”

Leave a Reply to the curtain raiser Cancel reply