In his book, Act Like a Lady, Think Like a Man, Steve Harvey tries to explain the concept of the male psych. According to Steve Harvey men are really very simple. Apparently, the terms in which men see the word can be boiled down to:

I have to confess that the neatness of this summation appeals to my logical nature. These basics of the male DNA are displayed daily in my working life. Business presents the perfect forum for males to pursue their who, what and how much dreams. Many hours have been spent in business meetings while the males sort out which one has the biggest ummm…… credentials. It also seems to be ingrained in men that credential contests are part of a greeting ritual and that these contests are never, ever personal. Whilst wounds can certainly occur, men don’t seem to fuss over them too much, one quick lick and they’re back in the arena and having a beer with the vanquished. 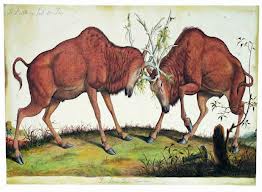 So having experienced several recent instances of women behaving badly, I’ve tried to come up with my own hypothesis on how some socially active women see the world. I am desperately hoping that I can develop a hypothesis or at least a starting point as to why some women so often choose to be less than kind and less than honest in their group friendships.

The starting point of my hypothesis is that for some women the social arena is akin to the business arena for men. In the social arena these women can relentlessly pursue their dreams. And like the business arena, politics and maneuvering are permissible, how else do you explain the concept of the “frenemy”? A concept, by the way, which I have never understood. To me friendship is a black and white issue, you either like someone enough to be friends with them or you do not – there is no half way, no pretense.

Passive aggression seems to be the weapon of choice by which a woman achieves Queen Bee status within a social group and the means by which she maintains that position. Add a considerable amount of drama into the mix and they are seemingly untouchable, lapping up the attention they crave. After all, we all know that any hive or nest can only ever have one Queen Bee at any given time. If you are still breathing after being so emotionally and mentally exhausted after victimization from a Queen Bee, you have the privilege of helping to keep the Queen Bee fed with an endless supply of attention. The bigger they get, the more they need, the more drama that is created…. endless loop.

If a queen bee were crossed with a Friesian bull, would not the land flow with milk and honey? – Oliver St John

The Queen Bee’s view of the world therefore seems to boil down to:

However, unlike the business world, female friendship is very, very personal and wounds run deep and can take years to heal, if they heal at all. And the worst of it? As the behaviour is mostly passive aggressive, often you don’t understand it for what it is until some time after it occurs. Unlike for men, there is rarely an open contest.

Possibly there is a place for the Queen Bee in our world. The concept keeps several television stars employed and audiences entertained, just think the Housewives of….franchise or Jersey Shore and spin offs. For mine, TV is the only place for the Queen Bee. I’d rather channel my friendship energies in more positive ways. 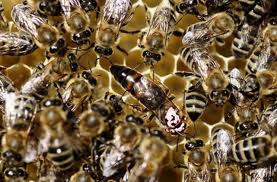