More than three decades ago, I graduated from primary school. Not sure what the North American equivalent is called, elementary school or middle school perhaps? Here in Australia, primary school is generally schooling between the ages of 8 and 11. In my State, high school starts at the age of 12. 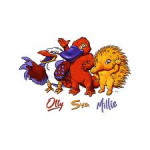 We have only had one primary school reunion in all those years and to be honest, it was a little bit like entering the twilight zone. Not sure what made me feel like this, perhaps it was the amount of time that had passed since graduation, perhaps it was the intervening high school years and the notion that high school generally brings more memories or meaningful experiences. Whatever it was, it felt somewhat bizarre seeing my primary school mates after more than twenty years and talking about marriage, kids, divorce and careers. Perhaps because there were no blunt ended scissors, glue, coloured pencils in the middle of the table or dangerously low hanging projects strung up by pegs hanging from the ceiling.

As part of the festivities we were asked to fill out a questionnaire. Most of the questions were unremarkable, but there was one that I have carried with me. It is a fairly innocuous question, but I felt confronted by it. Coming away from the reunion, I felt under pressure to have an experience where I could answer the question in the affirmative. The question was:

Have You Ever Attended A World Event?

By that stage, I had given birth twice, had career success, was still married to my first and only, was a dutiful daughter and wife who almost brokered household peace. Was this not enough? Did I have to attend a world event as well?

Well yes, because it would be memorable and fun and newsworthy and something that no-one could take away. It would also put me in good stead for any future school reunions with tricky questionnaires, not to mention future bridge parties with the girls (for when I get old – ha!).

It was therefore wonderfully fortunate that my city won the right to host the 2000 Olympics. I remember awakening at 3.00am to watch the then president of the IOC, Juan Antiono Samaranch utter the immortal words “and the winner is…. Sydernee”. Really, he said “Sydernee” and the expression has gone down in our city folklore. That announcement made sometime prior to 1995 heralded the start of my own personal Olympic story and journey to a world event.

We watched as Sydney Olympic Park was developed, the main stadium, satellite stadiums built and Olympic infrastructure installed. We heard stories about the supposed crowds and traffic and people renting their house for the Olympic period for exorbitant sums. We were inundated with cheap travel offers to exotic destinations to tempt us out of the city. We watched as they painted the blue line for the marathon runners in the next suburb and we watched the torch relay as it swept through. We saved money, entered ballots and queued to obtain tickets. Leave the city during the Olympics? Not this girl! The world coming to our laid-back doorstep and the prospect of watching Olympic events at a reasonable time, rather than in the middle of the night was an opportunity too good to pass up. 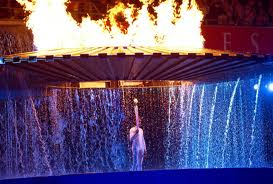 I can honestly say, attending the Sydney 2000 Olympics was one of my finest experiences. We ended up attending the opening ceremony, velodrome cycling events and athletics. But more importantly than the events themselves, for the fortnight of the Olympics our city was enveloped in a blanket of goodwill and cheer. The mood was incredible. Locals wanted to put their best face on to the world and exuded friendliness and tolerance. The city was clean and traffic almost non-existent. Public transport ran on time and business took a holiday. Carefree was in the air and the news was positive. The politicians stopped playing politics and everyone just seemed happy. In a word, utopia. And let me tell you, there is absolutely nothing like hearing your national anthem played on the world stage in your home city.

I can well imagine what London, Londoners and indeed all of England must be feeling right now. Five years is a long anticipatory haul, but the fruits of London’s Olympic labours are about to be laid bare for the world to see. And the world will watch and for the first time will Facebook and Tweet at unprecedented levels.

So yes, I have been to a world event, some would say THE world event. I have my sights set on a World Cup Soccer event, World Series Final (although it is debatable whether this is a true world event), a Rio Mardi Gras and perhaps the Tomatina festival in Spain in the future.

In the meantime, I have set my alarm clock for 5.30am tomorrow morning to watch the opening ceremony. I have reread my herding teenagers post and am armed and ready to wake them so we watch it together to continue a family tradition. Here’s to two weeks of this given our unforgiving timezone! 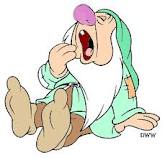 Would you want to go the Olympics? Have you been? Have you attended a world event? What Olympic moments are you looking forward to?

25 thoughts on “Have A Personal Olympic Story? Why Yes, I Do…”

Leave a Reply to the curtain raiser Cancel reply