As a general rule, travellers are selfish. They pay little attention either to the comforts or distresses of their fellow travellers ; and the commonest observances of politeness are often sadly neglected by them. In the scramble for tickets, for seats, for state-rooms, or for places at a public table, the courtesies of life seem to be trampled under foot. Even the ladies are sometimes rudely treated and shamefully neglected in the headlong rush for desirable seats in the railway cars.

Making acquaintances in the cars, although correct enough, is a measure of which travellers generally appear to be very shy. There is no reason for this, as acquaintances thus picked up need never be recognized again unless you please. If a stranger speaks to you, always answer him politely, and if his conversation proves disagreeable, you have no alternative but to change your seat – Martine’s Handbook to Etiquette and Guide to True Politeness, Arthur Martine, Dick & Fitzgerald Publishers, 1866. 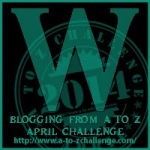 I’ve written posts before about how much I love to travel. The wanderlust I acquired through my parents has refused to wane even through marriage to a perfectly content homebody and parenthood. But the spirit and the soul cannot be denied forever and this is the year I plan to feed both through travel.

From my very first trip overseas at the age of five when I got stuck in a Parisian bathtub that could hold the volume of Sydney Harbour together with its average boat traffic to my honeymoon in Thailand when I found out that drinking milk in a hot country on a public bus was not a good idea and what being married really means, I have loved all of my trips.

Travelling with young children or travelling when a parent of young children is never easy. When the boys were young, the only real travel we did was when work required it. Back in those days the Italian Stallion did most of the work travel, leaving me at home to cope with a demanding career and parenting duties. As the boys grew older we ventured out with them as far afield as New Zealand and Noumea. There was also a trip to America just after no.1 turned two. We have since tackled Europe and America as a family.

Travelling parents tend to be an emotive and polarizing subject. The debate about whether parents should take vacations or travel without their 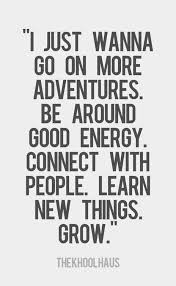 children seems to elicit much debate with strong views on either side. In researching the Web for this post, I was amazed to find the number of blogs that have been written to justify a blogger’s stance on why leaving children behind to travel is right for them. Whatever the case, travel like sleeping arrangements for children is a personal issue for each family and they should do what is right for them.

It is only recently that I have given in to my wanderlust and have starting roaming without my family. I would love to have them come with me, but now the boys are at a stage where they tend to have their own lives and what do you do when your husband prefers to stay close to home? To be fair to the Italian Stallion, I can coax him overseas every so often, but it would never be his first choice of activity just as cooking wouldn’t be mine. It’s a good thing for the Italian Stallion that cooking has to occur every day and that travel is an occasional thing. But I figure after a couple of thousand meals, an overseas family vacation is a fair trade.

There are arguments both ways as to whether being a parent means you should take your kids with you every time you travel. I have done both and will do both this year. People are generally inclined to cut you some slack as a parent if you are going away with your husband for a special occasion, say a wedding anniversary. We did just that not so long ago and it was wonderful and the kids had a good time back home by being coddled by their grandmothers.

But mention going away without kids, without spouse and for pleasure, you tend to get utter disbelief and a whole lot of judgement.

Whether it’s disbelief in daring to travel solo as a mature women or having the temerity to leave your family to fend for themselves whilst you actually do something for yourself, I’m not so sure. But why does this notion push people’s fear buttons so? 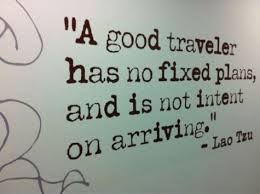 I don’t really have an answer because none of this scares me. I have more confidence and a higher sense of adventure than I have ever had before so none of this makes any real sense to me. I also have utter confidence in the survival skills of my family, after all isn’t it a mother’s job to raise humans who can think for themselves and be independent?

Two weeks of me being away will do wonders for us all. My boundaries will get the stretching they so clearly are screaming out for, my family will discover a whole new temporary dynamic and the heart in all of us will grow fonder of each other.

If living live perfectly means burying my wanderlust in my middle age then I want no part of it. Instead, it’s time to be energized by adventure. And if that amounts to being selfish, then so be it.

With this post I have pressed that publish button 200 times. Hitting this milestone during the A to Z Challenge can only be described as imperfectly perfect.