Politeness and etiquette form a sort of supplement to the law, which enables society to protect itself against offences which the law cannot touch. For instance, the law cannot punish a man for habitually staring at people in an insolent and annoying manner, but etiquette can banish such an offender from the circles of good society, and fix upon him the brand of vulgarity – Martine’s Handbook to Etiquette and Guide to True Politeness, Arthur Martine, Dick & Fitzgerald Publishers, 1866.

Seriously, this is not what friendship should be about. True friendship is about accepting each other as is and forging ahead on some common ground. Instead we live in a society that makes reality TV shows about the quagmire of social interaction such as the various Housewives Of series. A show where “friends” spent most of their time gossiping about other “friends”, trying to change people and being offended. And there’s a lot of competition, which really has nothing to do with friendship except in the form of friendly rivalry to bring out the best in each other.

Groups and cliques also tend to have their own form of etiquette and rules which one can only work out from within. Only you can decide if you are willing to navigate these and try to adhere to them.

My parents grew up in a group of about twenty couples who hung our socially together. As a kid, it was wonderful to have a big group of “aunties” and “uncles” who were interested in your achievements and who could engage in a little play wrestle. They were great. By the time I was about 8 or 9 I became aware just how much energy my parents were expending in keeping everyone happy in this social circle and all the social balls in the air. It was a whole lot of energy that didn’t always produce peace and harmony.

To me friendship should be easy like a well-worn favourite piece of clothing or comfortable like the best chocolate dessert. That doesn’t mean it 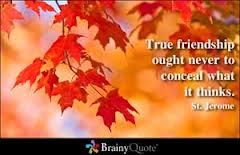 is perfect. Good friends should debate and sometimes have a little conflict. That’s what growth is all about and realistically people do change.

I am a long way from achieving perfection in my social interactions. Instead at times, I feel like I’m sinking into quick sand and into the quagmire. And the more I thrash and try, the quicker I sink.

A true friendship does not require a book of etiquette or social laws. And perhaps just when the rule book gets tossed is the time when we realise that our social interaction has moved on from loose acquaintance to real friendship.

4 thoughts on “The Q of Living Imperfectly: The Quagmire of Social Interaction #atozchallenge”