Remember the words of the Englebert Humperdinck classing Release Me?

Please release me, let me go

My mother used to sing these words aloud as I was growing up. I think they were the only words of that song she knew, because I don’t recall any others. And I don’t recall her singing them to my father. They eventually ended up being married for over 60 years, so I am putting her singing down to her liking the song or Englebert Humperdinck or simply the name “Humperdinck”. What’s not to love about that name, after all? Perhaps Englebert had a fondness for pumpernickel. They just don’t pseudonym like they used to. Can you imagine that today he would probably be called Hdink E. Just doesn’t have the same ring to it, does it?

Today, I want to explore the concept of releasing or letting go. Usually we think of this in the context of negative issues. Regret, anger, frustration, resentment, regret and pain are all obvious candidates. Left bottled inside any one of these can colour our perceptions, drive our behaviours and limit our potential. It really saddens me when people I know limit themselves in this way. Most of us struggle to acquire the “goods”. These are the qualities and characteristics needed to be succesful, whatever the concept of success may mean to us. However, when you see someone who objectively has the goods, but is stuck because they are limited by the negative emotions they harbour, it’s heart breaking. I suppose it means the answers are clear to us, but not to them. Funny how it’s so much easier to solve other people’s problems than our own and funny how so many people mask their inability and unwillingness to solve or deal with their own issues by trying to save others.

Then there’s bitterness. I recently discovered a fantastic quote from Clarissa Pinkola Estes” book Women Who Run With the Wolves: Myths and Stories of the Wild Woman Archetype

There is a time in our lives, usually in mid-life when a woman has to make a decision – possibly the most important psychic decision of her future life – and that is, whether to be bitter or not. Women often come to this in their late thirties or early forties. They are at the point when they are full up to their ears with everything and they’ve “had it” and “the last straw has broken the camel’s back” and they’re “pissed off and pooped out”. Their dreams of their twenties may be lying in a crumple. There may be broken hearts, broken marriages, broken promises.”

This really resonates with me for I felt I had reached this point in my mid forties. Except when I reached it, I didn’t know that feeling this way was common. I spent a couple of years not letting that bitterness 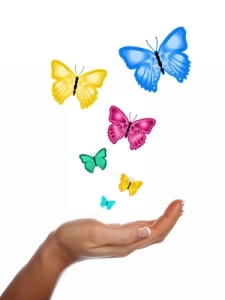 go, carrying resentment and trying to push through. And all this while I was quietly beating myself about feeling the way I felt –  after all, I had all the same good people and creature comforts around me, so I must be the problem, right? Then I started to release, firstly by talking to some close friends about what I was feeling, then by reading and researching and then by letting go of the feeling that I was cornered and stuck. Sounds a bit dramatic, I know, but I just couldn’t see my way through to the fix. The way I finally got through the feelings was to release the complexity, by dealing with one thing at a time, rather than solving everything at once, By doing it this way, the road became clearer. Then I released my passion for things that had long laid dormant or had never been explored, for example writing, dancing, bushwalking and blogging. And then most importantly I released myself and hubby from any blame. The situation was no-one’s fault, it just was and it was normal for this stage of life.

And this is why release is also important. It’s important to share these stories so that people who are or will experience these emotions do not feel they are alone. It is one of the worst feelings in the world to think that you are the only one going through something or that you are walking alone.

Finally, release can also encompass the positive. Releasing passion, laughter, generosity, creativity and inclusion are just as important. For everyone around us is our mirror.

It is worth thinking about what feelings and vibes you release.

Now, that’s all behind me and the future is looking bright indeed. What was a curse is now very much a blessing and no marriages or promises were broken in the writing of this chapter of our lives. What’s more, far from being cornered or stuck, I now feel increadibly free. Any pain involved in release has been worth it.

Today I give myself permission to release. Aaaaaaagh!