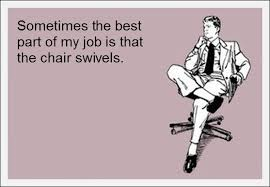 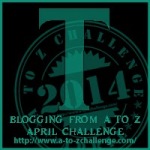 In my C post I wrote about career change and how, as a perfectionist, I fought the notion that taking a break to change careers was acceptable. Today’s post takes us back to the topic of work. Most of us have to do it and most of us struggle with it.

I remember back about a decade and half ago, I was managing this woman as part of a project. This person was a great worker, diligent, competent and for the most part a real doer. She usually worked back to get the job done and managed to do it all whilst raising two young children. Mostly, every bosses dream. But looking back on it, she was a perfectionist. Like me she toiled first and then played and one day it all got on top of her. She broke down crying to complain that she was always the last out of the office and had missed out on many an office social function because of work she had to do.

As a young and inexperienced manager, I listened to her to cry and calmed her down, but didn’t really understand the issue for no-one had asked her to stay back and miss out on being social. But that is the way she interpreted it. 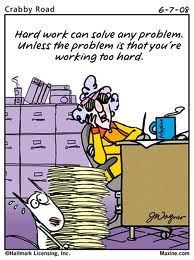 standards or standards that she assumed the work place required. She felt she had to stay back and do the work, because that would make her feel on top of things and in control, in short, closer to perfection.

I have been there too. Sitting in the office at dinner time seething with resentment because I have stayed back to get something done and not understanding how others can merrily march off to socialize when work still remains.

The reality is most of us compete against ourselves. That’s exactly what I was doing but didn’t take into account the cost. Because this sort of behaviour tends to yield success in the conventional sense, I ignored my frustrations and wore my personal sacrifice like a warm cloak.

Another former colleague used to only leave the office to go home to her young family once she had cleared her in tray. Her thinking was that if something came in late in the day and it was small, she could knock it out of the way to concentrate on the bigger things the following day.  “Just this one small thing” she would tell herself. The one small thing generally always took longer than first anticipated and whilst doing the one small thing, a lot of other small things would also find their way into her inbox. After discussing the issue, she finally admitted that there was no real difference if she tackled the small thing in the morning. In short, more self-imposed pressure and sacrifice. 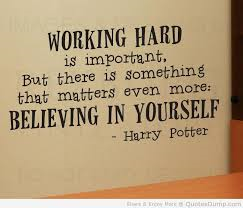 I have since learned to control my desire to get everything done at work before being able to enjoy my colleagues’ social company. I can also now leave at the end of the day without having ruled a neat little line under my work to signify done. I am no longer being sacrificed at my own altar of perfection.  If a situation calls for a real deadline and I have to stay back then I have no issue with that. But, I have stopped imposing unrealistic deadlines on myself and for punishing myself if I don’t meet them.

And the socializing certainly hasn’t hurt the networking and in fact has made me happier overall and more productive.

I love what I do and am thriving in my toil. The boundaries I have set have helped me realise what’s important and to move away from perfect.